DOT’S HOME is a single player game about DOROTHEA (DOT) HAWKINS, a Black young woman in her late 20’s living with her grandmother MAVIS HAWKINS in Detroit, Michigan. Following a cryptic conversation with her grandmother, Dot receives a MYSTERIOUS KEY from her grandmother. This key allows Dot to open a door within her house and travel to another space in time within her own family history.

In order to return home, Dot finds that she must interact with and influence her family members (Mavis Hawkins, KARL HAWKINS, and ALMA HAWKINS) to make important life decisions in order to receive a key back to her present, but Dot soon finds out that her journey to the past is steadily affecting her current reality…as well as the potential future.

DOT'S HOME is a part of the Rise-Home Stories project, a groundbreaking collaboration that aims to reimagine the past, present, and future of our communities by transforming the stories we tell about them. In 2018, our group of multimedia storytellers and housing, land, and racial justice advocates came together and began a unique co-creative process. We’ve created a suite of five multimedia narrative projects, including DOT'S HOME, aimed at validating the experiences of young BIPOC, challenging narratives that value profit over people, and conveying the beauty and richness of families and communities of color. 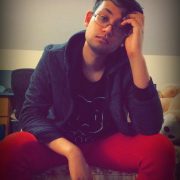 Amr Al- Aaser is a writer and video producer who has appeared on sites like Rock Paper Shotgun, Waypoint, Kotaku and Paste Magazine. Amr is editor-in-chief of Deorbital and Click Bliss. Amr hosts Hand to Hand Heart to Heart, a podcast that takes a look at fighting games as complete works of art, and appreciates the beautiful communication they enable. 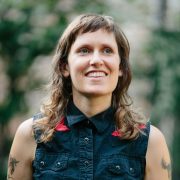 Julia Steele Allen is an award-winning performer, writer, and longtime community organizer and activist from NYC. She co-produced and was the Impact Producer for DECADE OF FIRE, a documentary film about the burning of the Bronx in the 1970’s, partnering the film with over 50 grassroots housing, racial and economic justice organizations across the U.S. She also developed, produced and performed “Mariposa & the Saint: From Solitary Confinement, A Play Through Letters” using the play as an organizing tool across 10 states, performing for judges, wardens, state legislators and thousands of others as part of the growing movement to end solitary confinement in this country. She continues to work at the intersection of art and organizing as an Impact Strategist/Impact Producer for documentary projects. 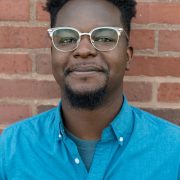 Maurice is the Co-Executive Director of ACRE. He works with community organizations and labor unions on campaigns to create equitable communities by dismantling systems of wealth extraction that target Black and Brown communities. . Maurice currently serves on the board of Black Organizing for Leadership and Dignity, National Institute for Money in Politics, Investors Advocates for Social Justice, National Black Workers Center, 482Forward and the Rucks Society. If he had a magic wand, he’d abolish the police, prisons, hedge funds, pharmaceutical companies, corporate landlords and white supremacy. Until then, he runs campaigns to fight for a world where those things no longer exist. 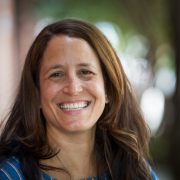 Brasilian-American filmmaker Luisa Dantas works at the intersection of storytelling, social justice, and cities. She produced and directed the multi-platform documentary "Land of Opportunity," which chronicles the reconstruction of New Orleans through the eyes of those on the front lines. The project includes a feature film and groundbreaking interactive web platform produced in conjunction with partners in six cities. Luisa also co-produced the documentary "Wal-Mart: The High Cost of Low Price." Her first fiction film, "Bolo," was produced in Brazil. She has written for the animated Nickelodeon Television series "Go, Diego, Go!" Her work has received funding from Chicken and Egg Pictures, Rockefeller Foundation, Ford Foundation, Disney/ABC, and NHFA. She was awarded a Rockwood Leadership Institute/JustFilms fellowship for 2017-18. 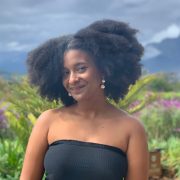 Kadi Diallo is a filmmaker born and raised in Harlem. She co directed the short documentary, Sanctuary, a film about about organizers creating safe spaces for queer folks in NY and LA. Her work has been exhibited at the at Case Gallery, Saratoga Arts Gallery, and Shift. a virtual group exhibition. Kadi was a Fellow at the MDOCS Storytellers Institute in 2020 and is currently producing and directing a video series with the organization Color of Change. 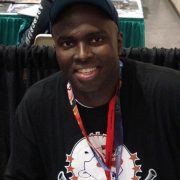 Sanford Greene has worked professionally in comic illustration and related industries for over 15 years, including work for mainline publishers such as Marvel, DC, Dark Horse, and Image Comics. Recent work includes the hit Marvel series "Power Man and Iron Fist" as well as covers for "Black Panther" and "Luke Cage". He currently works on his creator-owned online comic series for Line Webtoon, "1000", and the anticipated "Bitter Root", a dark fantasy/action ongoing series published by Image Comics and set during the Harlem Renaissance. 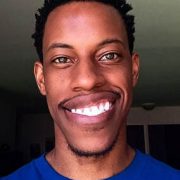 Neil Jones (aka. Aerial_Knight) is a multi-disciplined 3D Artist / Game Developer with professional experience in a wide variety of projects, currently working out of Detroit, MI. He is a generalist when it comes to game art, loving 3D modeling and doing stylized work on a diverse set of art-related projects mostly in an indie studio setting. 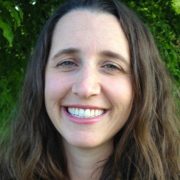 Anna Lee serves as the co-director of Working Films, a leading organization in using documentary film and other media to advance social justice and environmental protection. In her 16 year tenure she has developed and coordinated impact campaigns for high profile documentaries, consulted with hundreds of filmmakers, and trained organizers and nonprofits leaders across the US, increasing their capacity to use film as a tool to move the dial on critical issues. Anna leads the operations and financial management of Working Films and while also managing special projects, including leading Working Films participation on the design and resource team of the Rise Home Stories Project. Anna brings experience as an educator to Working Films, using her background in curriculum design to enhance Working Films' training for filmmakers and nonprofits. 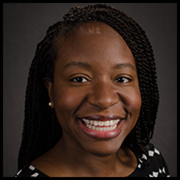 Lisa Marlow joined NLIHC in October 2016 as the Communications Specialist. Lisa worked previously with AABB as a communications coordinator for the CEO. In this role, she focused on messaging and presentations for the CEO and revamping the brand of the organization. Prior to AABB, Lisa served as a program associate for PICO National Network, a faith-based grassroots non-profit, where she assisted with web development, managed social media, and coordinated organization-wide events. Lisa also worked at The Endocrine Society as manager of public policy and public affairs where she started the Society’s clinical practice guidelines program and published 15 guidelines at the end of her tenure. 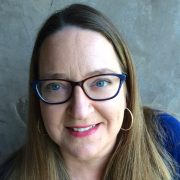 Liz has been the Project Director for the Alliance for Housing Justice (AHJ) at Public Advocates since 2017. AHJ is an alliance dedicated to making the human right to housing a reality by bringing together organizing, legal, policy and research infrastructure to help support and build grassroots power. Previously, Liz served as the Policy and Communications Director at the community organizing networks of People’s Action and National People’s Action, where she provided policy, communications, research, and strategic support to the network’s national campaigns, in coalitions and affiliate organizations on a broad range of economic and racial justice issues. Liz also led organizing campaigns on affordable housing, ending predatory lending, financial reform, fair taxes and budgets. A Chicago-area native, Liz has lived with her family in Southern California for over a decade. 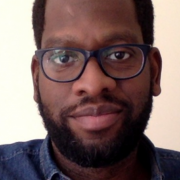 Evan Narcisse is a journalist and critic who writes about video games, comic books, movies and TV, often focusing on the intersection of blackness and pop culture. He is a senior staff writer at io9, having previously written for The Atlantic, Time Magazine, and Kotaku. 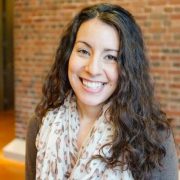 Christina oversees communications, fundraising, and organizational development for Texas Housers. Originally from Laredo, Christina is a native Tejana with a deep belief that communities impacted by injustice should be at the center of shaping housing policy and social change. Christina worked as a social services and breaking news reporter at the Dallas Morning News and as a program assistant at the Annie E. Casey Foundation. She holds a Bachelor of Science in Journalism from Northwestern University and a Master of Social Work from the University of Chicago. 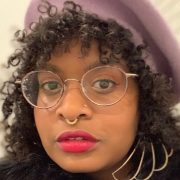 Award-winning writer and editor with 5+ years' experience that has written for MTV News, GQ, Kotaku, and Paste Magazine, writing articles that ask their readers to think about the internet and new media entertainment as holistic parts of their lives. Gita currently works for Motherboard, Vice’s technology website, and is featured on the Waypoint Radio podcast. She is currently working on a book. 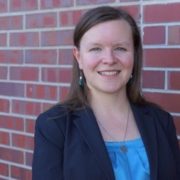 Desiree Westlund Cindric is the Deputy Director at United for a New Economy. She joined UNE in 2011 to build out UNE’s grassroots organizing capacity and forward UNE’s efforts to integrate organizing and policy into local power-building for justice. She worked previously as a labor organizer with SEIU and community organizer with Together Colorado. She led the coalition that won passage of the Wage Protection Act in Colorado in 2014 and is a founding member of Mile High Connects, a collaboration of more than 20 philanthropies and nonprofits dedicated to ensuring that all people benefit from the Denver region’s transportation expansion. 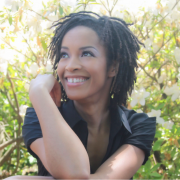 Natalie White, known as pumashock, is a musician with 30+ years of experience on stage and in the studio. Drawing from her roots in classical piano and vocal performance to her current focus on composition and production, her distinctive musical style reflects her eclectic interests. Today, Natalie is exploring her passion for storytelling through projects incorporating music, writing and visual arts. 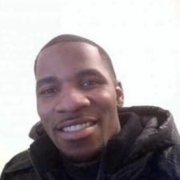 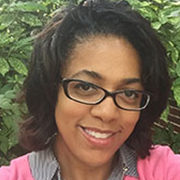 Renee Willis has more than 20 years of experience building coalitions and crafting purposeful stories that drive action. Ms. Willis joined the National Low Income Housing Coalition (NLIHC) in 2015 as the vice president for field and communications and leads all of NLIHC’s field and communications efforts in support of its mission, goals, and objectives. Ms. Willis served as housing services chief with Arlington County, VA from 2008 to 2015. Prior to her work in Arlington, she served as the administrator of the Office of Landlord-Tenant Affairs for Montgomery County, MD from 1999 to 2004 and as an advocate and manager for the Public Justice Center’s Tenant Advocacy Project in Baltimore, MD from 1993 to 1999. Ms. Willis earned dual Bachelor of Arts degrees in English and Spanish from the University of Maryland. She also holds a Certificate in Public Management from George Washington University and recently completed a racial justice fellowship with the Shriver Center on Poverty Law, Racial Justice Institute. 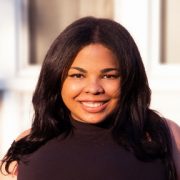 PAIGE WOOD is an award-winning filmmaker, screenwriter, producer, and creative consultant. Born in Detroit, Paige has produced and/or co-written a number of critically-acclaimed documentary and narrative films since the start of her freelance career in 2018. Currently, Paige serves as the Supervising Producer for the Rise-Home Stories Project, which features over five narrative-shifting multimedia projects supported by The Ford Foundation, in addition to serving as an adjunct instructor at Wayne State University. Paige is a 2020 Kresge Artist Fellow, an alumni of Firelight Media's 2018-2019 Impact Producer Cohort, as well as a 2019 Sundance Institute | Knight Foundation Program fellow. 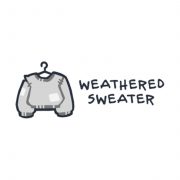