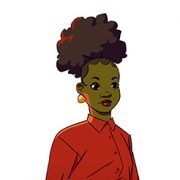 Dot is a young Black woman in her 20’s, known for her sarcastic wit and unique fashion sense. After her parents moved down to Florida to live out their golden years, Dot moved in with her widowed grandmother Mavis to continue her studies. Dot's a bit of a know-it-all and likes to think there is always a "right" choice to any problem...at first. 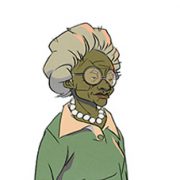 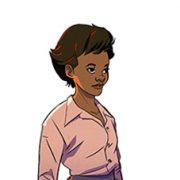 Mavis is in her early 80’s, born and raised in South Carolina. After moving to Detroit in her young adulthood, she and her husband Karl bought the home that's still in the family to this day. To Mavis, family is everything. 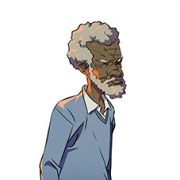 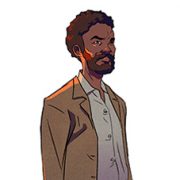 Karl's a gruff, but well-meaning guy -- the complete opposite of his wife Mavis. Like Mavis, Karl traveled up from South Carolina in the 1950's in search for a better life, though he's rightfully disillusioned by his past experiences as a sharecropper down South. 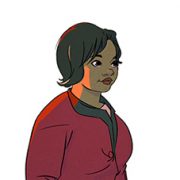 Evelyn is where Dot gets her spunk (and her tolerance for crazy shenanigans). As the wife of Hank, Evelyn loves her growing family, but isn't a fan of her family's current living situation by the time Dot meets her in the early 90's. 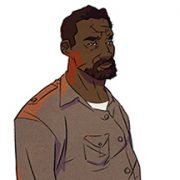 As the son of Karl and Mavis, Hank inherited his mother's love for family and his father's outwardly-gruff demeanor. Though he's living the relaxed and retired life in present day, Hank is at a stressful crux in his life back in the early 1990's, working around the clock to support his family and his entrepreneurial aspirations. 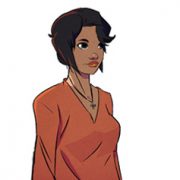 Alma is an Afro-latina woman in her late 30’s and Georgia Hawkins' wife. A Catholic, Alma volunteers regularly at her neighborhood Interfaith Community Center and is known for having a bit of a "bleeding heart". Prior to Carlos' birth, Alma has a lot of reservations about her wife's choice of career in the early 2010's. 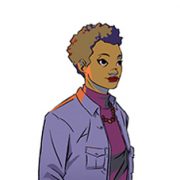 Georgia is definitely the family hustler -- a shrewd and fashionable entrepreneur who sees opportunity and takes it at any chance. Having jumped into the housing market as a house-flipper after the '08 financial crisis, Georgia is excited at the chance of hitting a goldmine, so long as she and her family can benefit. 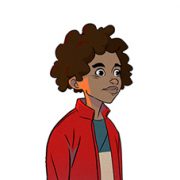 The son of Georgia and Alma Hawkins, Carlos is a regular kid who likes to eat, game, and mess with his aunt Dot, who he sees as more of an older sister. He often stays with his grandmother whenever his mothers are out and about. 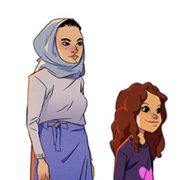 As recent immigrants from Iraq, Esperanza and Zeze are looking for a new and welcoming neighborhood to live in the early 2010’s. This proves easier said than done. 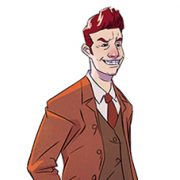 Michael Murphy seems to be everywhere and anywhere in time, looking to buy and sell houses. Dot thinks he's a bit creepy.